Purpose of the Budget and Accounting Classification

Purpose of the Budget and Accounting Classification The BACS is a system for codifying planned and actual financial transactions according to a predetermined classification framework. As an example, in its most primitive form, a BACS would be used to define whether a transaction is in the nature of a revenue or expense.

Totalling all the expenses and revenues enables a surplus or deficit to be planned and recorded – a fundamental function of any organization.

A BACS has special significance for the government due to the unique planning, control, transparency and accountability requirements of the public sector. The BACS defines the content (and the limits) of the information captured when financial transactions occur within the government.

As almost all of the activities of government involve financial transactions, ensuring that the most appropriate set of information is collected during processing of those transactions is essential for day-to-day decision making, control and accountability at all levels of government.

In its most advanced form, accounts based on a well-functioning BACS could tell you that a particular transaction involved an amount paid out of a specific bank account to acquire a particular type of good from a certain supplier at an identified location by a specific unit of a ministry performing a defined function as part of a unique project funded from a particular source.

When embedded in an Integrated Financial Management Information System (IFMIS), the BACS would support controls that ensured that this same amount – with these characteristics – was executed according to the budget planned by that ministry and approved by the government and the Parliament.

Government budgetary transactions, both expenses and revenues, can be classified in a variety of ways. The choice of budget classification systems largely depends on the needs of users who usually want different pieces of information to help them make economic, social, managerial and political decisions.

It is universally acknowledged that no single budget classification system can possibly meet the divergent information demands of many different stakeholders.

In order to satisfy this demand, governments usually adopt multi-dimensional classification systems that incorporate at least four essential dimensions. These are:

In order to satisfy the constitutional, legal and managerial requirements of managing public finance in Bangladesh, a nine segment classification framework has been developed.

The rationale for recommending a nine segment classification system and the reasons and relevance for each segment are shown in the following chapters.

The BACS, is not just concerned with classifying and recording financial transactions as it, is critical for effective budget management, including tracking and reporting on budget execution.

As such, the design of the new coding regime was planned to take care of current management needs and potential future requirements. 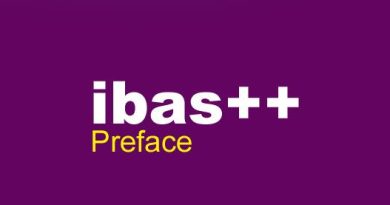 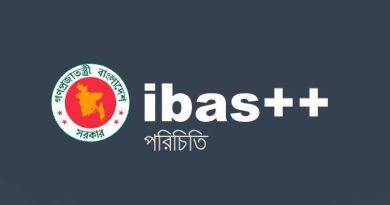 ibas++ Introduction | What is ibas?